Mobile KESPEMs, "The kangaroos of the mountain", as the children dubbed the mobile KESPEMs, visit isolated minority villages in the three prefectures of Thrace. Most of these villages are in the mountains, while some are in plains. In both cases, their access to the cities is difficult. The goal of the mobile KESPEMs is to help the children of these villages enhance their knowledge of Greek and to offer them opportunities to gain new educational and social experiences.
In each of these four specially configured vehicles there are 15 laptop computers, 2 photo cameras, 190 titles of books for children, wireless Internet, educational games, and various other materials. For seven days a week, for eleven months a year, 4 drivers-intermediaries joined 10 educators-play workers (motivators) meet the children at the classes organized within the framework of the mobile KESPEM program, under sometimes difficult circumstances.
Each team in each village posts its work on an online forum and communicates with the other villages that take part in this action. Thus, the mobile KESPEMs also function as a network of schools that cooperate from one end of Thrace to the other.
The educational process of the mobile KESPEMs begins from the vans that carry the educators and the materials, and of course from the drivers-intermediaries. Click here to see how they describe the difficulties and their contribution to communication with the children and their parents.
Each class is designed by the educators according to the context of the village and includes various pedagogical activities that aim at enhancing children's knowledge of the Greek language.
The main thread that ties the pedagogical activities of the mobile KESPEMs together is the educational electronic game entitled "The Chest that Longs to Be Moved: Where are my wheels?". Click here to see how we work with this game.
Library activities, puppetry, and the reading of fairy tales, constitute basic pedagogical tools that motivate children to develop all their expressive capabilities in spoken and written speech. Click here
The new technologies are used systematically. The children learn how photographs, short videos, and various computer software programs can become useful tools that can give them the opportunity to learn Greek. Click here
The educators-play workers (motivators) are supported in their difficult educational task with daily supervision and monthly training on pedagogical issues.

In the school year 2015-2016 the four mobile KESPEMs reach 31 villages in the three prefectures of Thrace. In the classes they were registered 468 pupils. This year, the Program made reality the request of the mothers of the children, that attend the classes of the mobile KESPEMs, and organized Greek classes for adults at Megalo Orfano. Meanwhile, there are more pending requests from people from the other villages, but there was difficulty to make them real due to the restrained potentials of the Project in this phase.

Since the summer of 2012, the mobile KESPEMs are organizing summer classes in the majority of the villages that are hosting classes through the school year. Almost every year, the classes started at the end of June and lasted till the end of July. Approximately, 300 students were attending these classes during the summer. 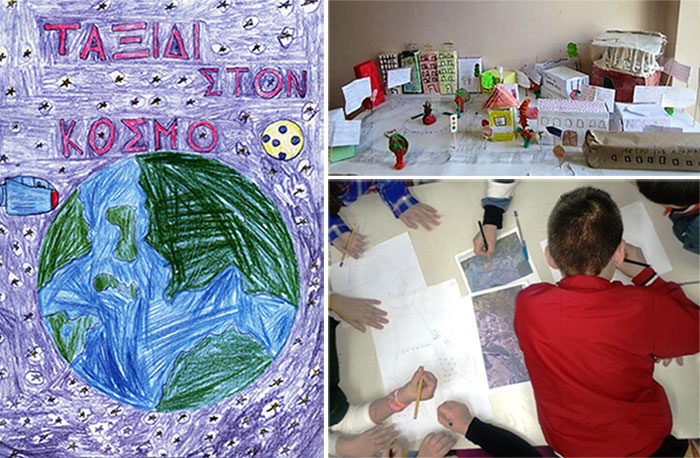