The main goal of the KESPEMs, the Support Centers of the Project, is to help the Minority population break its isolation, which is the main reason why this group of people has been socially marginalized. Isolation results in Minority children's inability to integrate into the mainstream society, because, due to isolation, children's exposure to the Greek language is inadequate or even non-existent outside school, and they have little contact and communication with the rest of the local population. The establishment of KESPEMs is based on the assumption that breaking Minority children's isolation would have a positive multiplier effect.

KESPEMs are staffed with members of the Minority and the Majority. They are open seven days a week, eleven-and-a-half months a year, and organize and develop educational and creative activities parallel to the school. Their activities are intended first and foremost for pupils and parents of the Minority, although they also pursue active cooperation and communication with members of the Majority, as well. In the pedagogical activities of the Centers emphasis is given on the use of new technologies, while at the same time trained educators utilize the new educational materials produced by the Project and apply innovative pedagogical methods.

The KESPEMs were first established in April of 2003. In 2006, the Project launched the “mobile” KESPEMs, which are specially configured vans equipped with laptops and many educational materials. These vans visit on a daily basis remote villages, and bring there the educational activities of the Program. 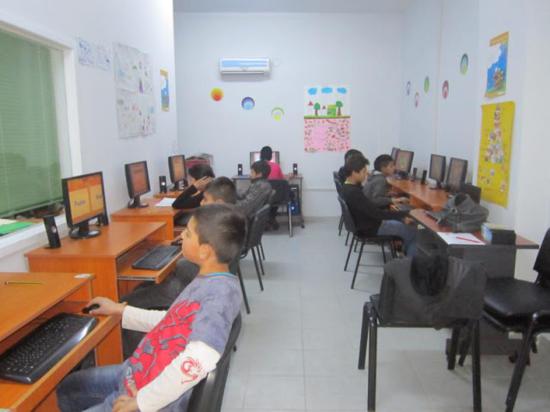 The KESPEMs organize various classes and educational activities that aim at improving minority children's command of the Greek language and their school performance. The computer-assisted classes of Greek language for primary school kids constitute the basic axis of KESPEMs' educational work. In addition to these classes, however, they also organize activities for children of various ages and for adults.

Activities for children and young people (the Creative Youth Workshops – DENs);All communication and dialogue with the wider local society and the local mass media;Contact with the parents.

Establishing the KESPEMs turned out to be the most important innovation of the Program. The centers have gained the confidence of the parents and had an almost spectacular success with the children, both of primary and secondary (middle) schools. The KESPEMs played a decisive role in the pursuit of the basic educational targets of The Project, in the increase of the hours Minority children are exposed to the Greek language, in the improvement of these children's fluency and competence in Greek and their performance at school.

At KESPEMs, children learn Greek in a relatively short time, and their progress is easy to see. The reasons for this success lie in the use of the new books and other educational material, but particularly in the trained educators, who turn learning from an arduous duty to a fun, play-like, inventive, and creative process. The educators accept children as individuals who speak another language; in other words, they understand that the children's inadequate Greek is a natural consequence of being native speakers of another language. Moreover, these educators accept the Turkish language and the children's cultural identity

The success, furthermore, owes to the cross-cultural climate at KESPEMs, and to their mixed and bilingual staff, which has achieved the state of natural coexistence between members of the two groups who constitute the population of Thrace. Before the establishment of the Centers, the children of the Minority knew only either (a) "their own environment", where their own language was spoken and felt at home among people who were familiar to, or the same as them, or (b) the environment of the Majority, where Greek was spoken – which they did not know adequately – and felt uncomfortable or awkward among unfamiliar people, or "others". At KESPEMs, however, identities and languages alternate and coexistence is self-evident. Children regard the Centers as "their" place. The place, by the way, is full of children's creations: drawings, texts, photographs, clay models, and even proposals, addressed to the state authorities, on how to solve the problems of their education. 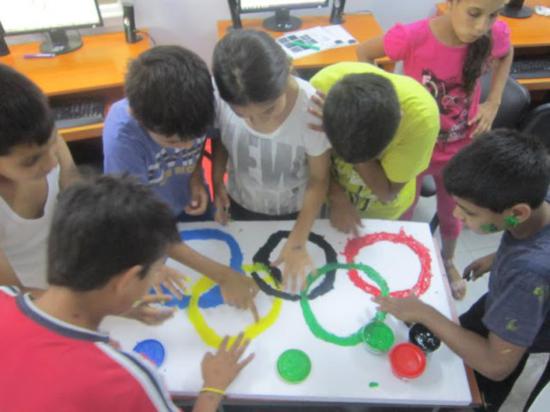 The Success of the Creative Youth Workshops (DENs)

The teams of the DENs have their own "space" (their own room) within the KESPEMs, where they engage in creative activities with traditional as well as technological tools. The activities are collective and help children face the problems of their society -- especially problems regarding the relationship with the "other", the one with a different religion and language, and with all the stereotypes that accompany the differences. The children at DENs manage to negotiate their differences, to learn how to reach a consensus, to establish and re-establish communication, and they discover the richness differences bring to a team. In other words, they realize how enriching an experience it is for different people to work together and to create together. Children appear to be much more inventive than the adults in building bridges across dissimilarities and in negotiating the differences. They seem to be wiser at making compromises that do not hurt anyone, and more able to create the future rather than reproducing the past.