A. Training of the Teachers who Work with the Project

Systematic training is provided to primary school teachers who teach Greek Language courses offered by the Project (a) at (public or minority) schools, (b) within the framework of the compensatory actions for pupils with intermittent schooling, and (c) at the KESPEMs and at the mobile KESPEMs. Participation in this training is mandatory and is organized according to the requirements of each action.

The training includes, in addition to seminars, hours of cooperation or consultation between the teachers, the scientific coordinators of each action, and the supervisors of the pedagogical work.

Throughout the 2011-12 school year, 176 training hours were held for the teachers who work for the Project. The themes of the training were selected according to the special characteristics of the field in which each action is undertaken. Most training seminars took place at the two central KESPEMs (in Komotini and in Xanthi), except when there was a need for a bigger space – in which case the seminars were held in large school halls.

The pedagogical themes of the training seminars were the following:

In the school year 2010-11 the Project organized training cycles, each built around a specific theme, open to all teachers who work at public and minority primary schools in Thrace. The basic goal of this training was to provide these educators with psycho-pedagogical and methodological knowledge pertaining to the effective use of alternative educational materials in the classroom. A parallel aim of the training program was to contribute substantially to the professional development of the teachers, through the processes of reflective thinking and participation in common educational actions with their colleagues, and also with the scientific staff of the Project. New technologies, the people in charge of the training in each geographical area, the on-site visits to, and cooperation with, schools that participate in the Project, all play a basic role toward achieving these goals. 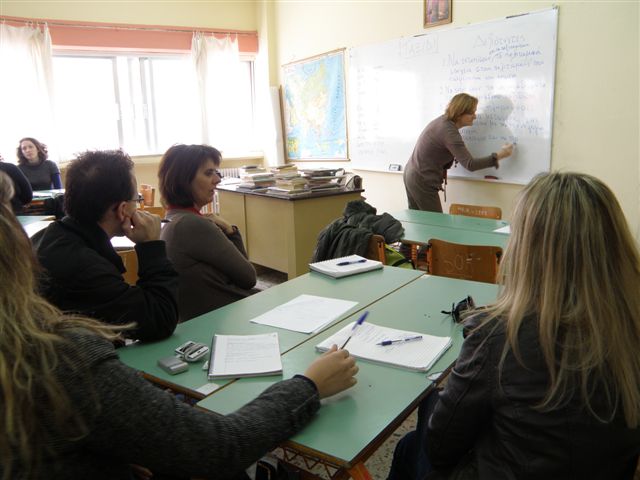 The participants in these training meetings included (a) the teachers who work in the compensatory actions organized by the Project at schools (for them participation was mandatory), and (b) those teachers of minority and public primary schools in Thrace who declared their interest and filled out the participation form. 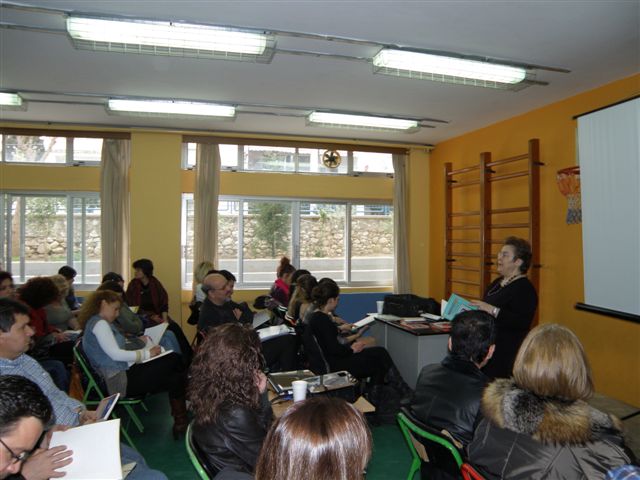 The first two-day meeting of the first cycle took place in Komotini on January 28 and 29, 2011. (See further info on the meeting)

The second training cycle began in March 2011. The first two-day meeting took place in Komotini, on March 11 and 12. (See further info on the meeting).

The second two-day meeting took place in Xanthi, on April 1st and 2nd, 2011, with the participation of 143 teachers. (See further info and the video of the brief lecture by Dr. Anna Frangoudaki at the meeting)

The third two-day meeting took place in Alexandroupolis, on May 6 and 7, 2011, with the participation of 132 teachers. (See further info on the meeting)