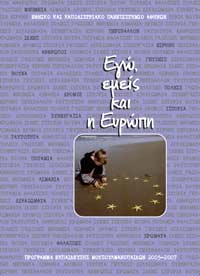 I, We, and Europe- Book for the pupil

This is mainly a book of activities and exercises for European civic education. Their goal is the cultivation of the European identity, the formation of democratic models of social behavior, the promotion of independence, responsibility and self-respect for young people through a grid of knowledge and skills that will give them the necessary tools to participate in the future, as active citizens of their country, in the European society. An important component in the efforts to develop the feeling of belonging to the European Union is putting emphasis on the common values, on the history and civilization of Europe, and on learning about its social and political concepts and its structures. In the 22 brief chapters of the book, the pupils have the opportunity to learn about those components of the European Union that pertain to them, as children, youngsters, and future active citizens, and, in addition, to combine these components with issues that refer to the entire body of educational materials and books that they use in all their classes. 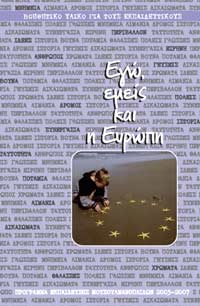 This support material provides all the necessary information about the European Union, and is intended to help teachers become well informed and able to answer questions that are likely to be come up during discussions among pupils. The topics that are presented – the history of the European Union, its institutions, its organs, its policies, data about its member-states – correspond to the chapters of the book for the pupil.