Within the framework of the Project, the following conferences were organized:

The Project for the Education of Muslim Minority Children in Thrace (PEM) and the Hellenic Foundation for European and Foreign Policy (ELIAMEP) co-organized a conference entitled "The Lausanne Treaty 90 Years Later: The Regulations Regarding Minorities". The conference was held in Komotini, on November 22-23, at the event hall of the Administration Building of the Regional Authority of Eastern Macedonia and Thrace.
more.. 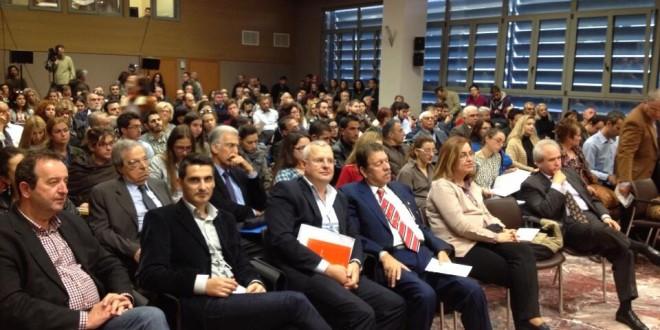 •  Educational Symposium: “Innovative Practices in the Education of Minority Children in Thrace”.
October 5,6, and 7, 2012, in Komotini.

The symposium constituted a step of substantial dialogue within the educational community, providing an opportunity to present various innovative pedagogical practices together. These practices are implemented at all levels of education, from kindergarten to (and including) high school. Some of them are carried out within the framework of the Project and the others are outcomes of the initiatives taken by teachers at many schools in Thrace. 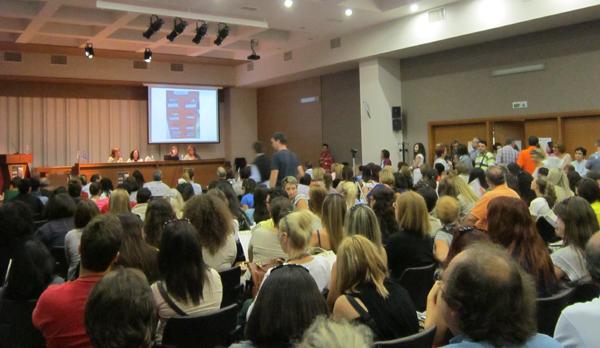 Respecting the Minority’s special identity and safeguarding its rights constitute the basic directional axes of the long standing actions of the Project for the education of the Minority in Thrace. Using various theoretical starting points, but also the experience from carrying out these actions as a basis, the objective of the conference was to show the contradictions, the dilemmas and the questions posed by the interrelationship of the concepts “cultural diversity” and “human rights” in the social field.
Further information
Conference program

• Conference: “Corrective Interventions in the Education of Minority Children: Experiences, Changes, Prospects”
June 1-2, 2007, in Komotini, at the Main Conference Hall of the Rhodope Prefecture Building.

Associates of the Program for the Education of Muslim Children (PEM) presented all its activities and interventions carried out outside school. Such activities included those that took place at the Support Centers of PEM, known as the KESPEMs, not only at the main centers in Komotini and in Xanthi, but also at the smaller, outlying (peripheral) ones, in Sapes, in Organi, in Iasmos, in Sminthi, in Glafki, in Ehinos, and at the mobile KESPEMs.
Among the actions and interventions that were presented were the Greek language classes and the creative workshop activities for children and young people, the Turkish language classes for Majority teachers in order to facilitate their communication with Minority children at school, the support programs in neighborhoods and villages with severe socioeconomic problems, and the counseling services for parents on children’s learning problems.
The presenters at the conference maintained that the most important feature of many activities at KESPEMs was the coexistence of people with different cultural identities and their cooperation. The successful results, as the associates who presented the activities stated, were achieved thanks to the scientific basis of the interventions, to the cutting-edge pedagogical methods that were being used, the pedagogical utilization of technology, primarily the computers and the electronic methods of knowledge acquisition, such as the educational computer games. At the same time though, and above all, the good results were due to the creative coexistence of differences and to the multilingual atmosphere of the KESPEMs, where the cultural diversity of the Thracian society was present every day through the staff working at the Centers, the children, and their parents. The conference, which was attended by about 400 people in total, closed with a round-table discussion entitled “the Education of the Minority Children: Prospects for a Better Future”. In this discussion, nine representatives of the Minority expressed their views on the educational issues of Minority children and engaged in a dialogue with four representatives of PEM.
Further information.
The Program of the conference.

• Conference: “The New Textbooks and Educational Changes in Minority and Public Education”
February 9-10-11, 2007, in Athens, at the Cultural Center of the Municipality of Athens.

The conference dealt with the processes of preparing the new textbooks and with the importance of these textbooks as part of wider educational changes. One of the basic tasks of PEM in its 10-year operation has been the production of a large number of books and other educational materials for the primary and the secondary school. All of these books and materials were designed to be suitable for pupils who are not native Greek speakers, and, more specifically, for the pupils of the Minority in Thrace. The pedagogical principles (interdisciplinary approach, active learning, etc.) based on which these multifaceted materials were produced are the same as the ones that guided the preparation of the new official textbooks intended for all schools nation-wide and have been in use since the start of the 2006-2007 school year.

The aims of this conference were the following:

Among the participants of this conference, there were authors of the new textbooks being taught at all schools since the beginning of this school year, the scientific supervisors and members of the writing/production teams of PEM’s textbooks and educational material, and also teachers of primary and secondary education who took place in the training seminars and the pilot implementations of these educational items. Each session had two discussants -- selected from scientific and social fields related to the topic of the session -- who made general and integrative comments on what had been presented. The conference ended with a round table discussion during which the participating scientists talked about the difficulties and prospects of educational changes.
At the conference venue, there was also an exhibition of the new educational material and textbooks. Attendance to this conference was very high. The total number of attendees was around 500 individuals.
Further information
Conference program

The conference took place at the end of the Program's second phase. It was organized to present all the actions and interventions, underlining the scientific bases (drawn from various disciplines) upon which the actions were designed. Emphasis was also given on the central political goal of this entire work, namely the harmonious integration of Minority children and youth into the Greek society through school. The conference ended with a roundtable discussion of experts and scientists on the social policies toward the minorities in Greece today. In the venue of the conference, there was also a display of all the Program's actions and their results, of all the new educational items and books produced by PEM, together with samples from papers and other works by Minority pupils.

• An international conference entitled "Similarities and Differences: Searching for New Ways in Education".

In this conference, the people in charge of various actions of the Project described all its activities and interventions, depicting their scientific and cross-cultural dimension. The dialogue at the conference was enriched with the papers presented by scientists invited from universities in Greece, Turkey, Serbia, and Britain.

• An international conference on "Minorities, Languages, and the School".

Participants in this conference were experts on issues of minority and bilingual education. The purpose of the conference was to show some successful educational examples, and also to explain the problems that other countries face with regard to their own bilingual pupil population, particularly in social environments characterized by discrimination and conflict, such as in Israel and Palestine, in Latino communities in the US, in multicultural schools of Belgium, and in the bilingual structure of Canada.